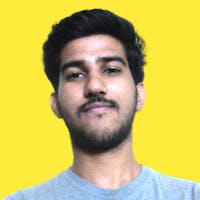 Subscribe to my newsletter and never miss my upcoming articles

Merging is an important part of version-control. It is an integral part of GIT. Some questions arise when we get started with git.

Note: In Git, HEAD is a pointer which points to the latest commit in the current working directory.

Some don't follow testing methods, which leads to many errors and bugs; which must be resolved separately. We must test the features, very-important parts of code, and most frequently accessed parts of code.

If someone has fixed a bug and you want that change to be available at production, then you'll have to merge that person's branch with the production branch (of course after testing). You can merge any branch with any other branch.

git merge <branch_name> is the command to merge the incoming branch.

There are two types of merging:

This is a simple merge. Formally, FF Merge is a type of merge which happens when there are no new commits in the original branch at the time of merge.

Now, when we switch to the master branch and try to merge the feature branch, a fast-forward merge will be done. What happens internally is that the HEAD just points to the feature branch's latest commit. No new commit is created. The following looks like this

So, any further commits will be continued from the HEAD pointed commit.

Let's consider the same example, with master and feature branches. But this time, after creating the feature branch, some changes were committed to the master branch.

Is Merging required when working alone?

Yes, of course. Working alone doesn't mean that you won't be using branches. Also, it is a good practice to use branches for new features and handle a single main branch for production/stable code. So yes, when you use Git; most probably you'll be needing to merge.

So, this is all about merging. This looks simple until merge-conflict arises!